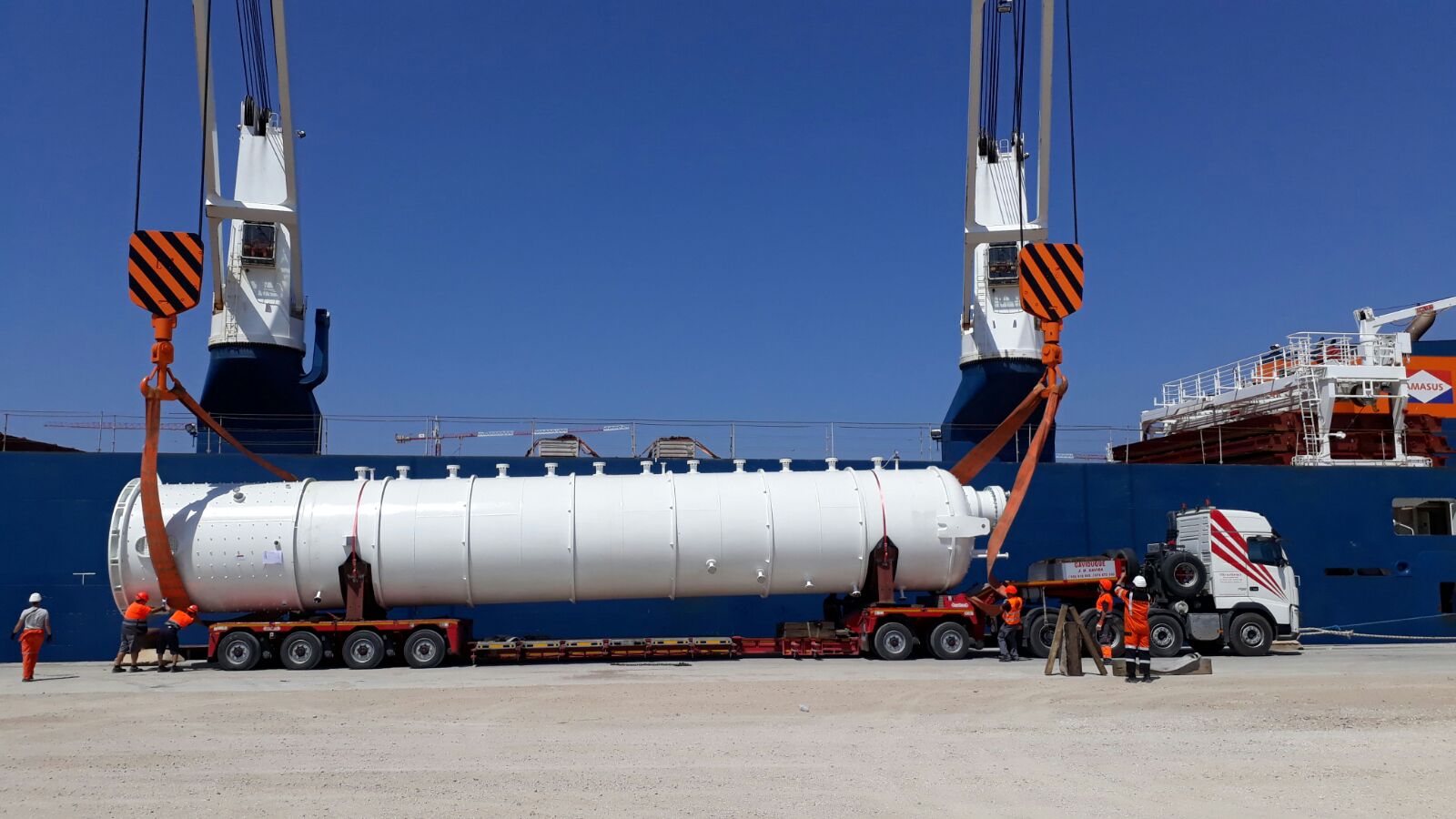 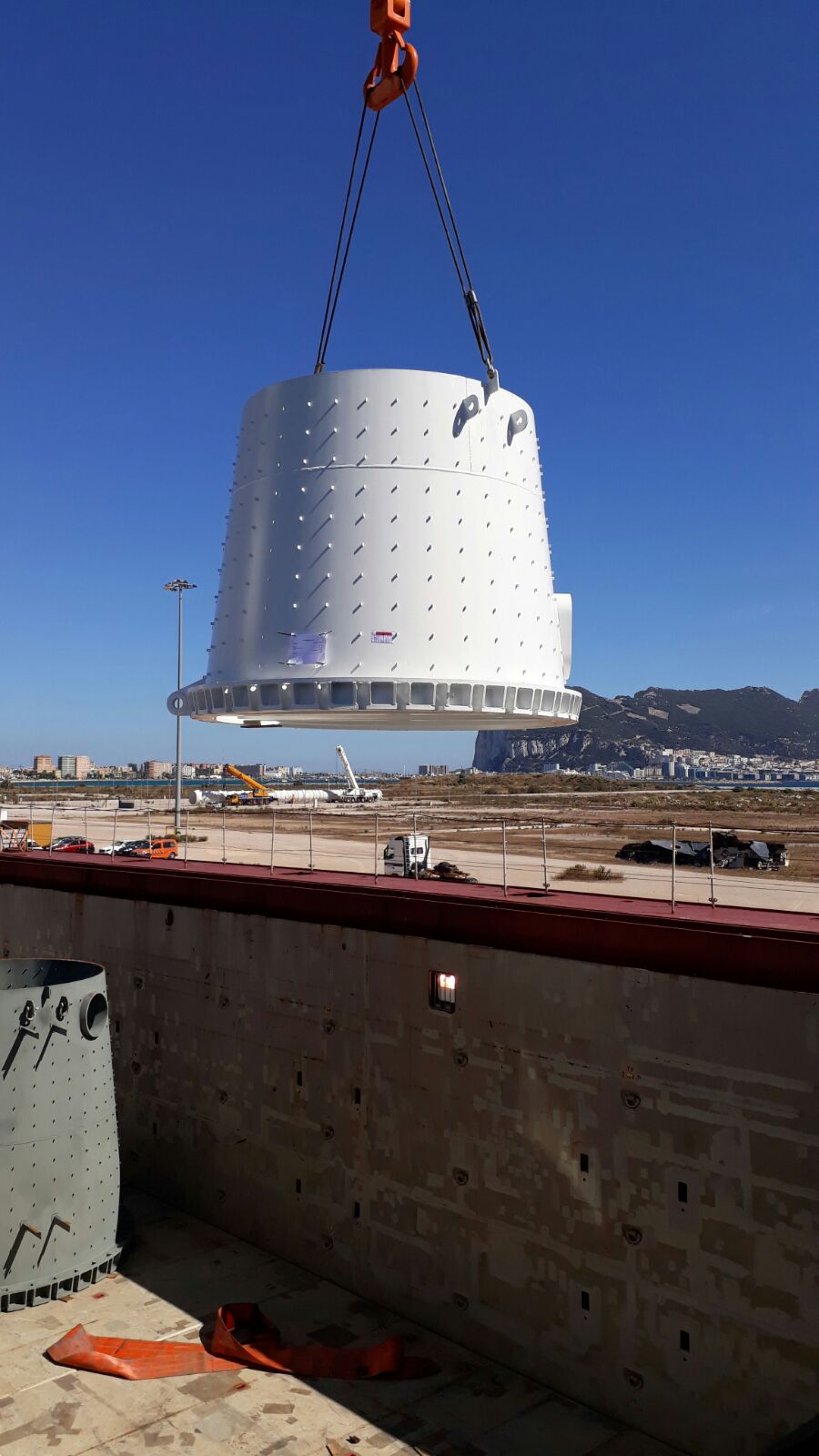 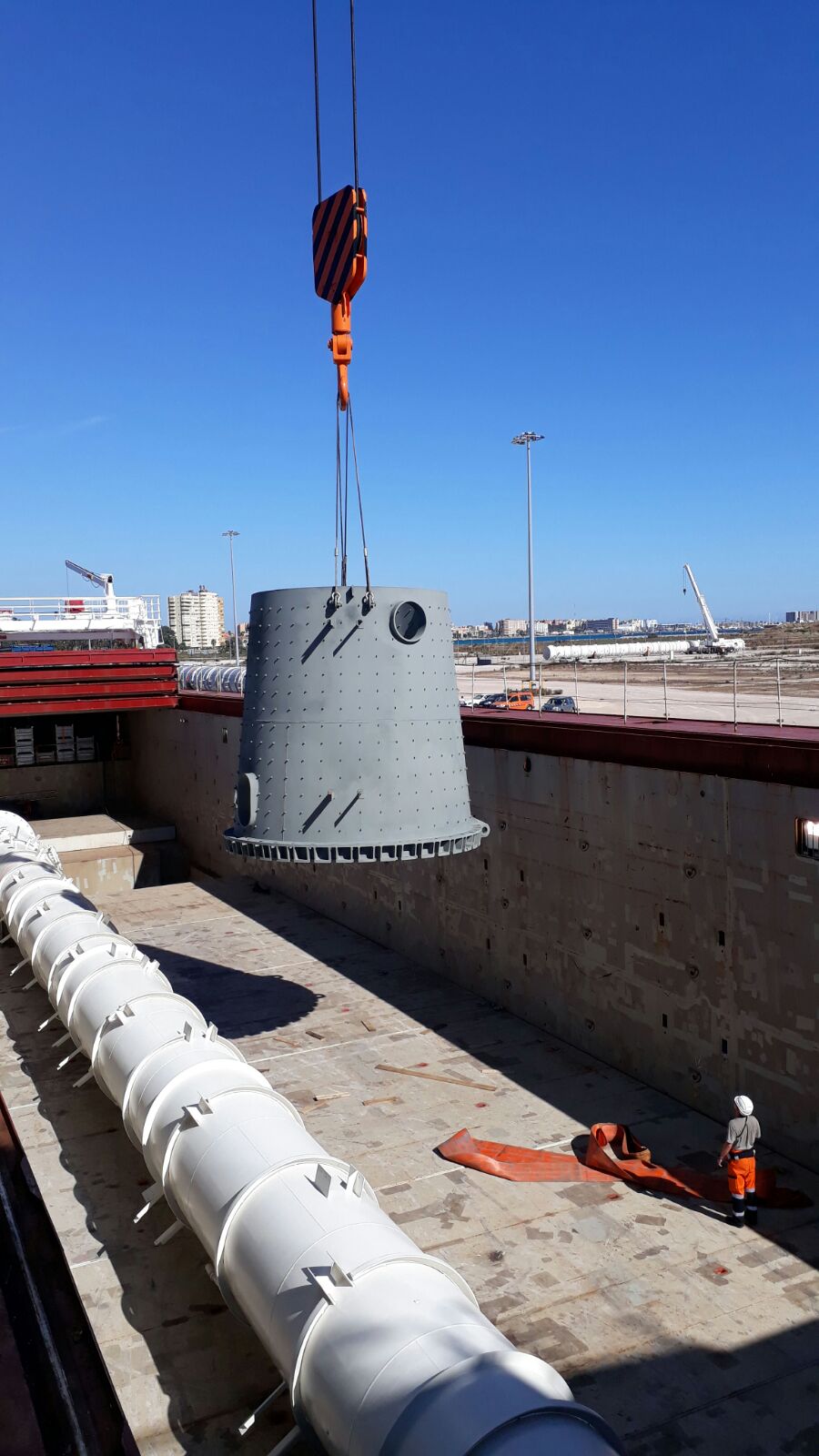 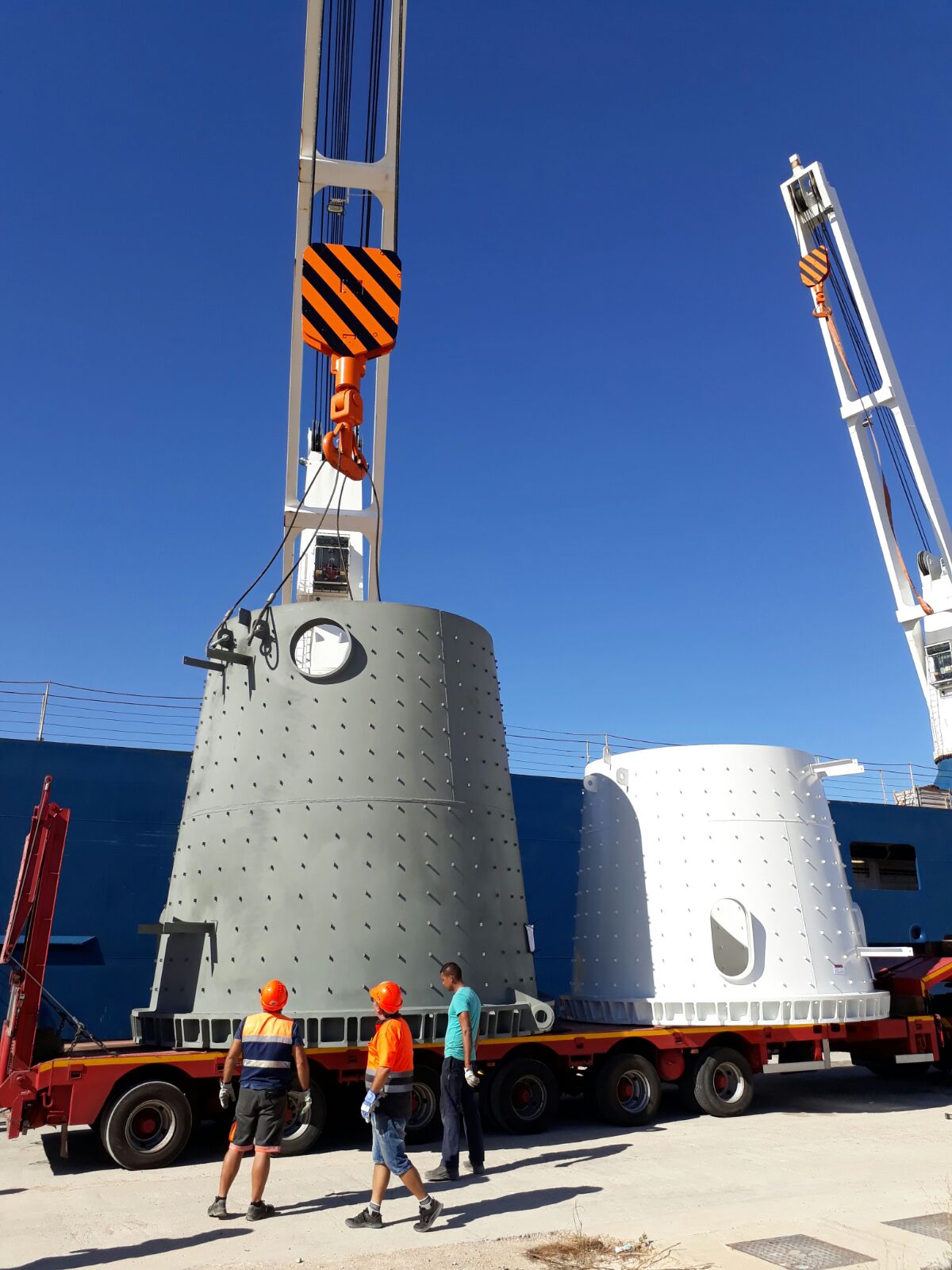 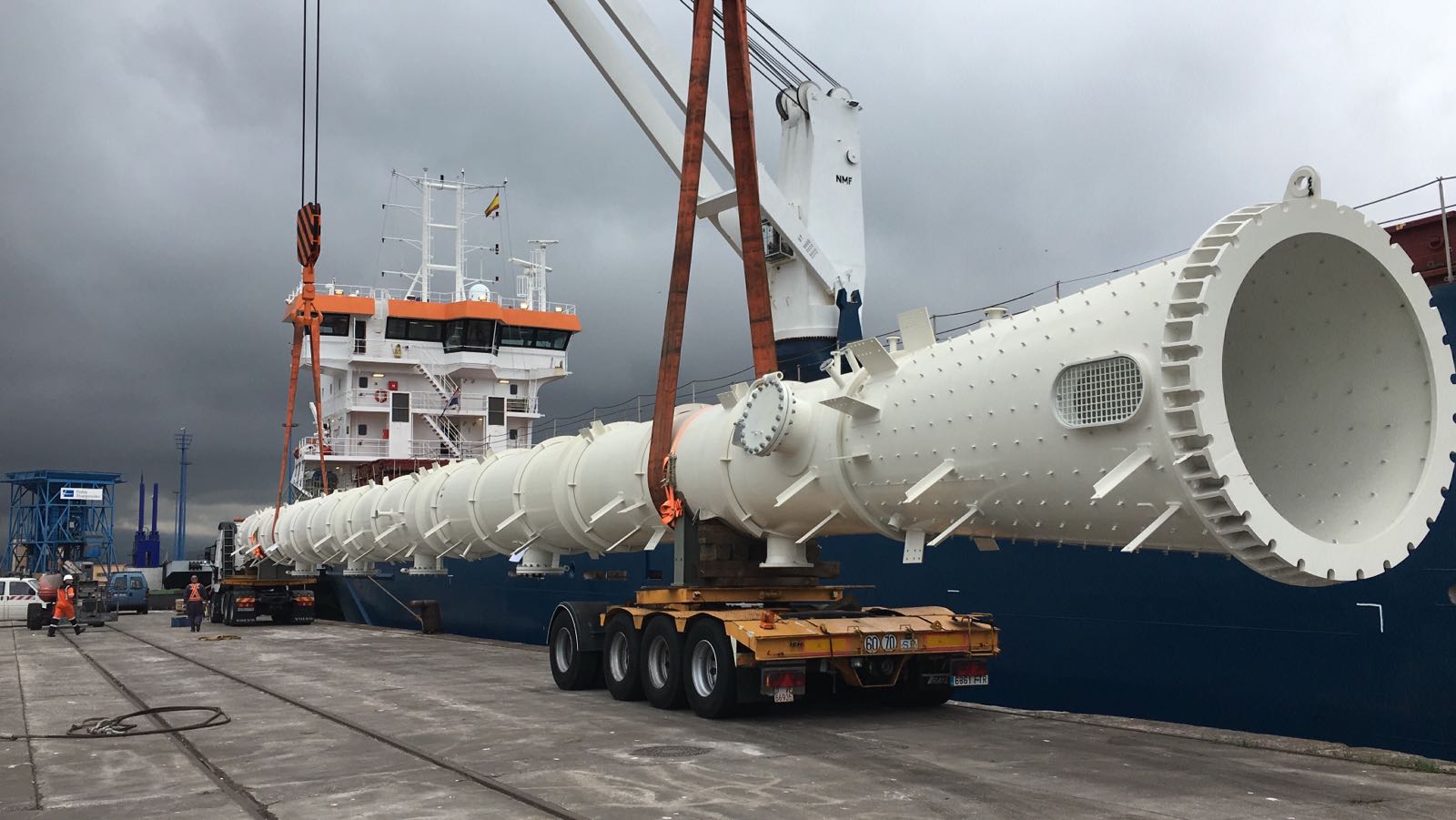 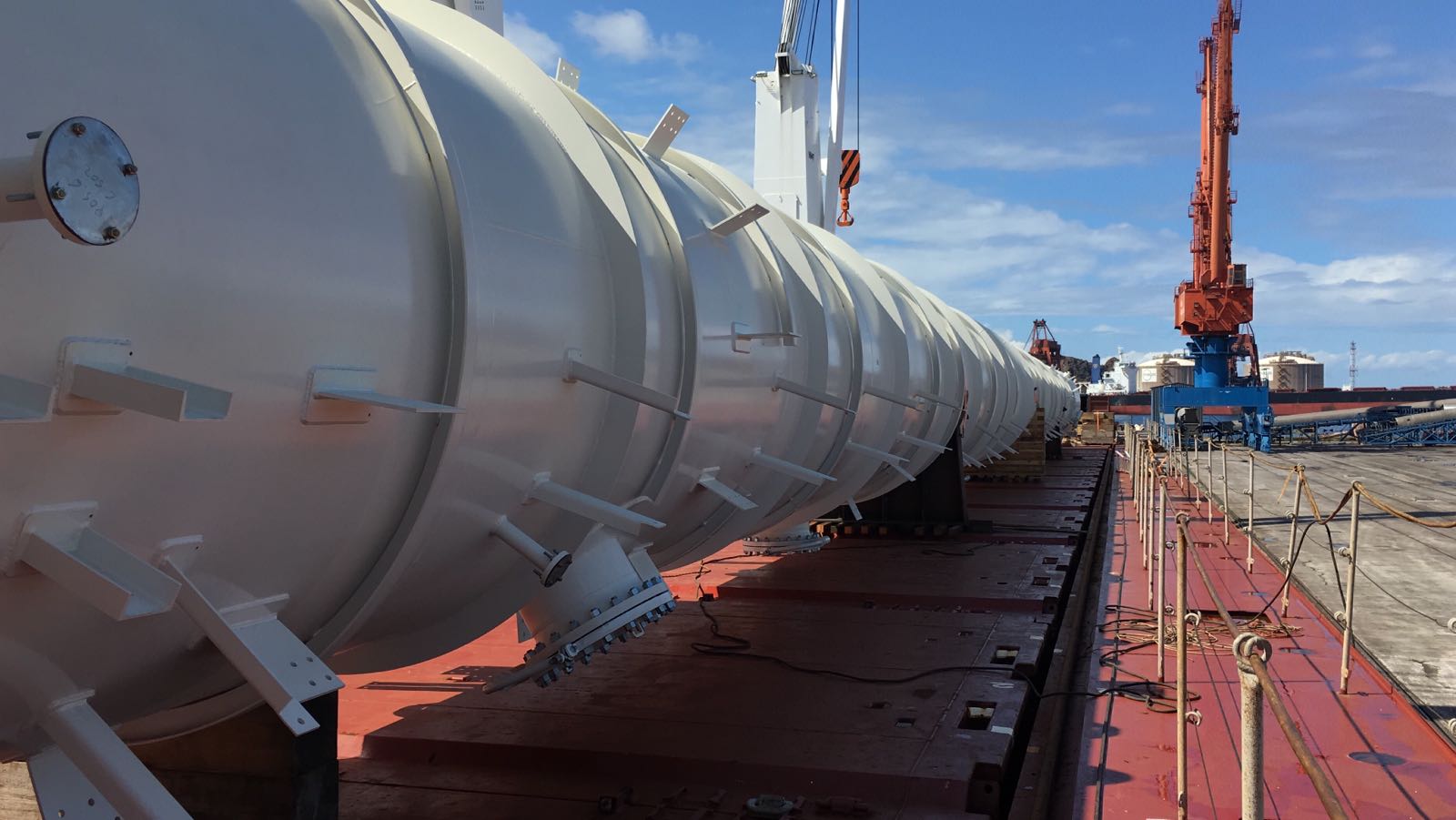 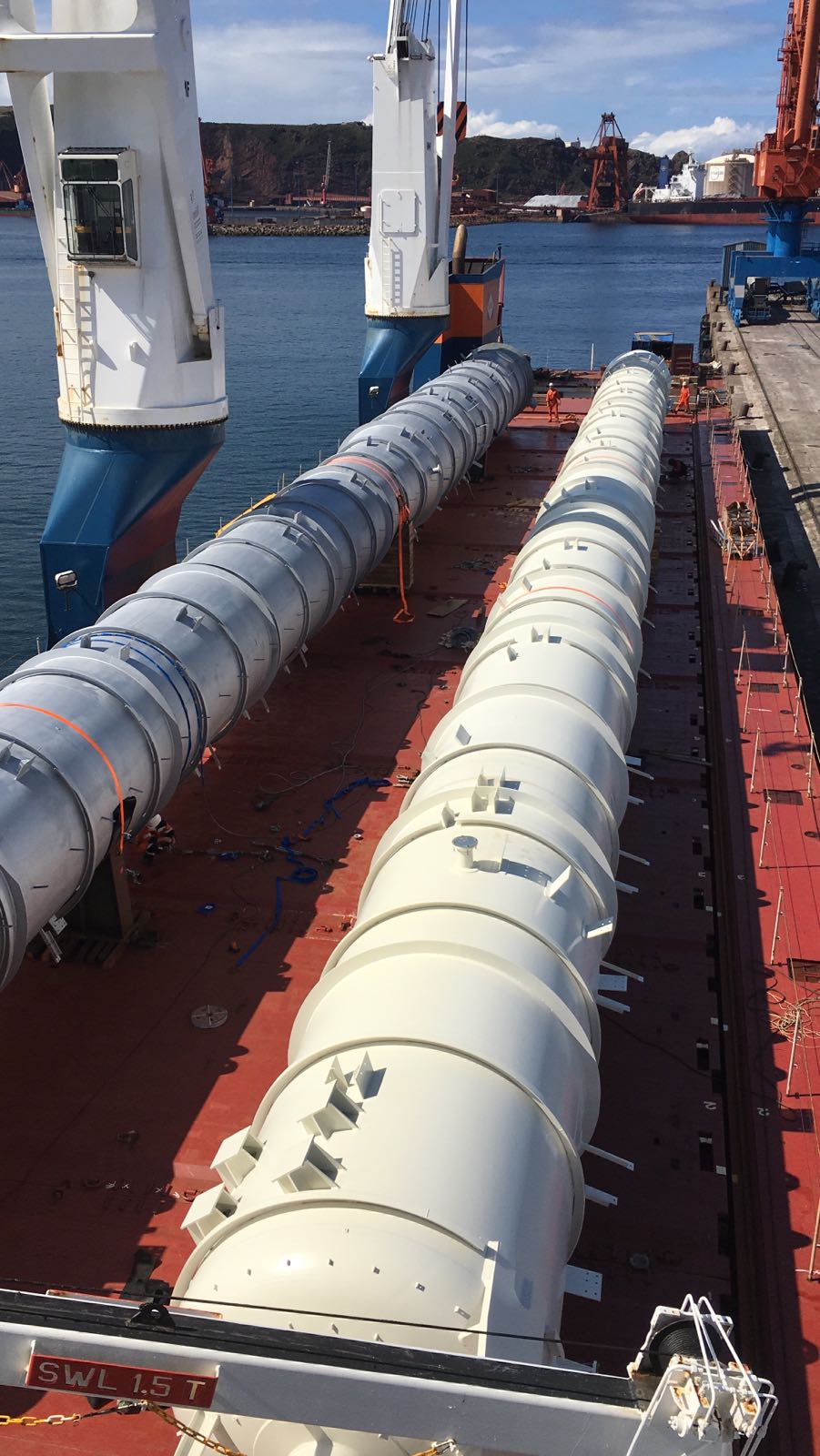 Altius Bilbao carried out a successful shipment from Gijon to Algeciras, including preloading and monitoring of cargo, consisting of different pressure vessels and heavy-lift items destined for the revamping of a refinery terminal on the south of Spain. There were 7 items shipped, the heaviest of which weighed 110 Tons and was 62 m long.

Before loading commencement, inspection of cargo spaces on board was performed and all spaces were found suitable to load intended shipment.

Cargo securing and lashing on board was performed according to securing arrangement plans issued by Ship Owner before ship´s calling.

Loading operations started on August 30th and were completed and verified by September 1st, 2017. 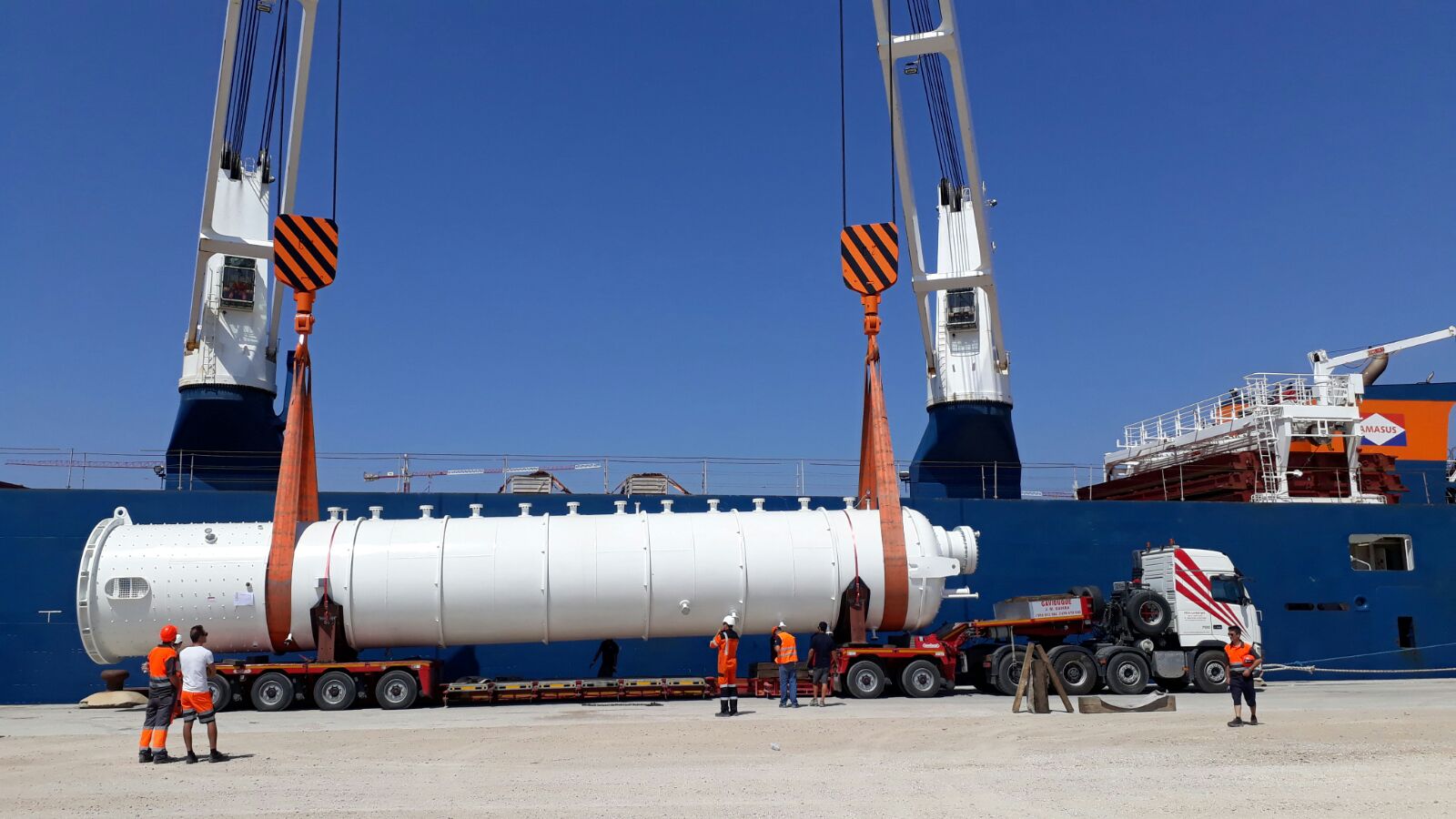 Join us at Conxemar Fair!  We look forward to your visit, from the 3rd to the 5th October at our B3 Stand.

Conxemar is Galicia´s most prominent trade fair, as much for number of visitors as for business volume.  Every year, around five hundred exhibitors come together at this event, including Altius which has been present for the last fifteen years.

Conxemar is key to Galician fishing industry, since it is here where everything comes together, from fishing to warehousing, including distribution. In latest editions business volume has been over 1,000 million €´s worth, attracting more than 25,000 visitors from all over the world.

Conxemar is always held in October and its impact on the city is such that a month in advance it is already almost impossible to get a hotel reservation in Vigo.

Altius successfully carried out discharge, quality control and transportation of a control booth from Ezeiza Airport to final destination, some 60 km from Buenos Aires.

The jubilee celebration was held at Marina Davila Restaurant, on Saturday September 16th, and it was hosted by the Group´s acting CEO, Eduardo Davila.  All of 450 people representing the Group´s branches in Spain (Algeciras, Barcelona, Valencia, Madrid, Bilbao, Zaragoza, Seville, Marin and Vigo) were present, as well as representatives from all its other branches around the world, in order to pay tribute to the work done by their predecessors through the years and the work being done today.

Another significant milestone in Davila Group´s history was to establish Altius forwarding company, in 1999, which made it possible for the Group to widen its range of services, including from then on comprehensive logistics to aide in the foreign trade sector and specializing in transporting major structures by sea.  At present there are Altius branches established in 10 different countries across America and Europe.

The Group includes other specialized firms which round off and complete the range of services if offers, such as Yacht Consultancy which specializes in services rendered to yachts and charters; Marina Davila Sport which offers its clients integrated services in the leisure boat sector; and Marina Davila Restaurant which stands out due to its high quality haute cuisine dining.

The Group also boasts having its own port premises, such as those at Termavi, in Vigo´s container terminal, and those at DART (Davila Reefer Terminal) which was established by the Group in 2002, and which includes refrigeration facilities at the Port of Marin.

At present Davila Group employs more than 500 people working in 21 firms distributed across 10 countries around the world. Such singular growth during the past decades has not hindered its flourishing family spirit and the moral standards by which it was established a century ago.

We may request cookies to be set on your device. We use cookies to let us know when you visit our websites, how you interact with us, to enrich your user experience, and to customize your relationship with our website.

Click on the different category headings to find out more. You can also change some of your preferences. Note that blocking some types of cookies may impact your experience on our websites and the services we are able to offer.

These cookies are strictly necessary to provide you with services available through our website and to use some of its features.

Because these cookies are strictly necessary to deliver the website, refuseing them will have impact how our site functions. You always can block or delete cookies by changing your browser settings and force blocking all cookies on this website. But this will always prompt you to accept/refuse cookies when revisiting our site.

We fully respect if you want to refuse cookies but to avoid asking you again and again kindly allow us to store a cookie for that. You are free to opt out any time or opt in for other cookies to get a better experience. If you refuse cookies we will remove all set cookies in our domain.

We provide you with a list of stored cookies on your computer in our domain so you can check what we stored. Due to security reasons we are not able to show or modify cookies from other domains. You can check these in your browser security settings.

We also use different external services like Google Webfonts, Google Maps, and external Video providers. Since these providers may collect personal data like your IP address we allow you to block them here. Please be aware that this might heavily reduce the functionality and appearance of our site. Changes will take effect once you reload the page.