In April 2015, ALTIUS Project Division successfully carried out the relocation of an LHM-400 harbor crane from Oranjestad Terminal to Barcadera Terminal, both of which are located in the Caribbean island of Aruba.

The crane´s total gross weight was 420 tons but, due to outreach limitations and quay restrictions, it was necessary to dismantle 3x parts of the crane´s counterweights (amounting to a total weight of 360 tons) in order to perform the lifting operations safely.

In addition to such a heavy weight, the lifting of the crane itself was quite challenging due to its huge dimensions, which were about 27 m long, 21.5 m wide and 67 m high, with the boom upright.

Prior to the start of loading operations, the boom had been raised until the crane´s center of gravity (COG) was located right at the center of the main tower, so that the crane would be completely level both vertically and horizontally.

Loading operations were carried out by using the ship´s own two cranes in ¨tandem lift configuration¨, with a specially designed and engineered lifting arrangement which lifted the crane by its outriggers.

Once the LHM-400 landed on board, it rested on flat-dunnage made of wooden dragline boards which had been placed on the weather deck.  The crane was then driven backwards to its designated stowage position, turned 90º anticlockwise and its boom was lowered in order to improve its overall stability and also to facilitate lashing and securing it properly for the sea-voyage, without having to dismantle it.

The harbor crane was offloaded at the Barcadera delivery terminal.  Discharge operations were carried out in reverse order to that of loading operations at origin.

All the above operations were coordinated, managed and planned by ALTIUS´ own engineering team, in close cooperation with the involved parties and local authorities in Aruba. 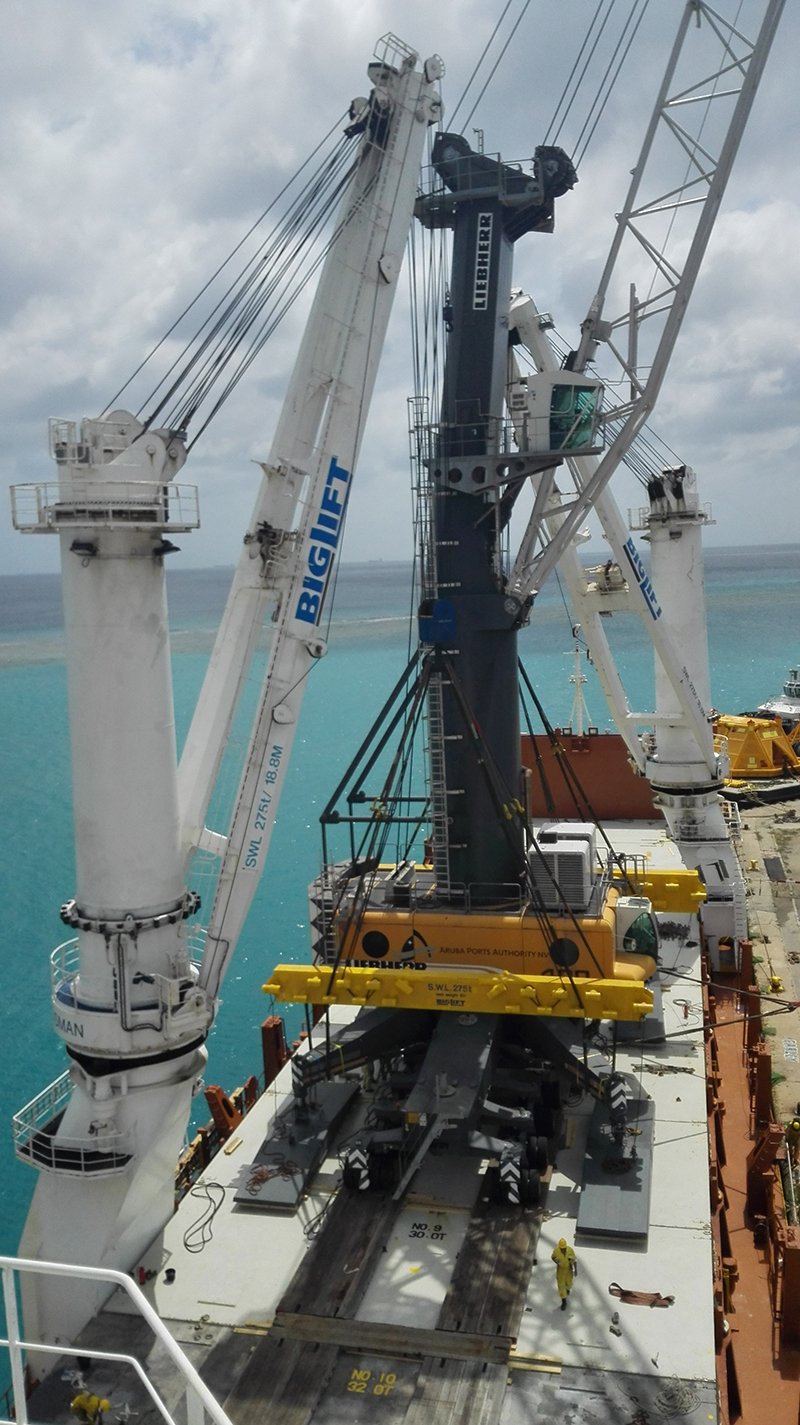 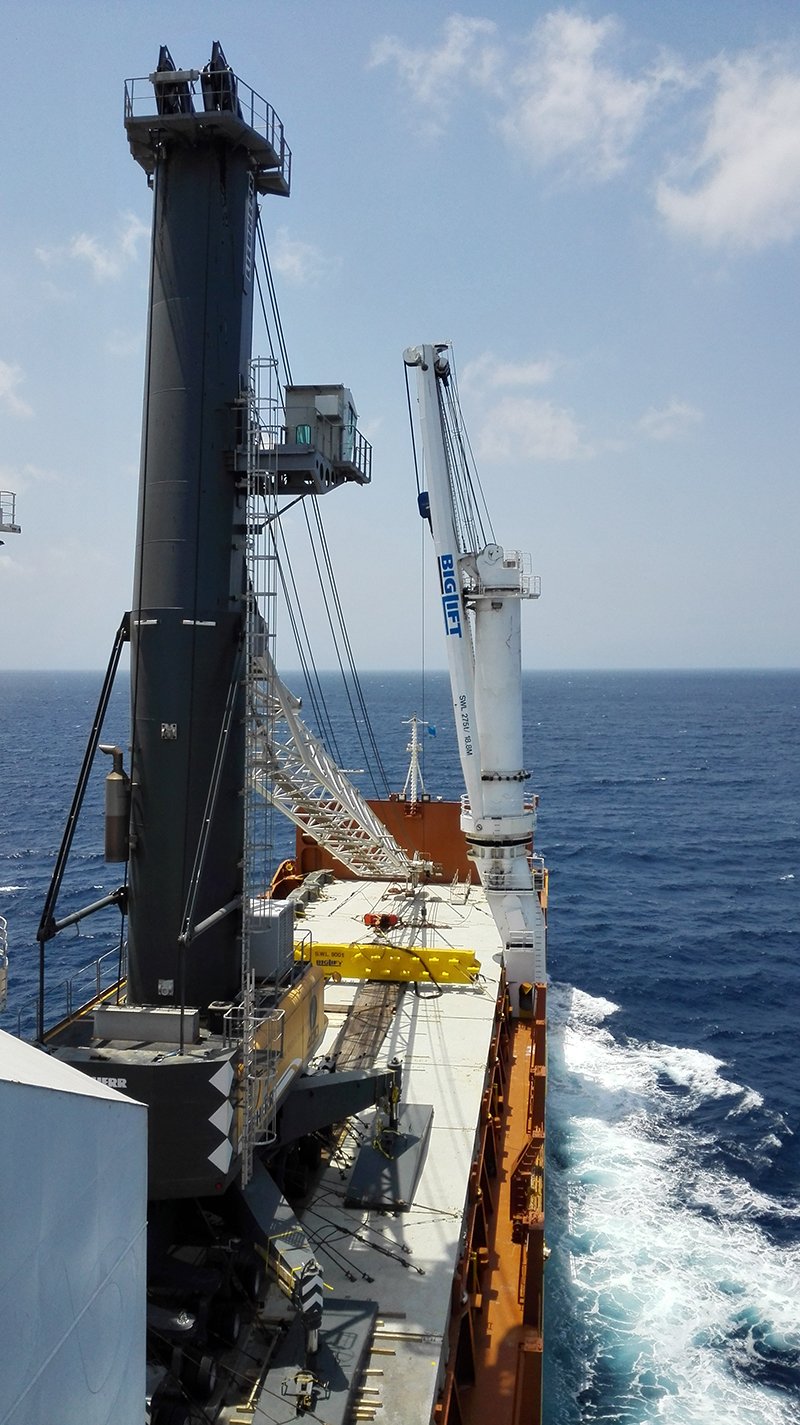 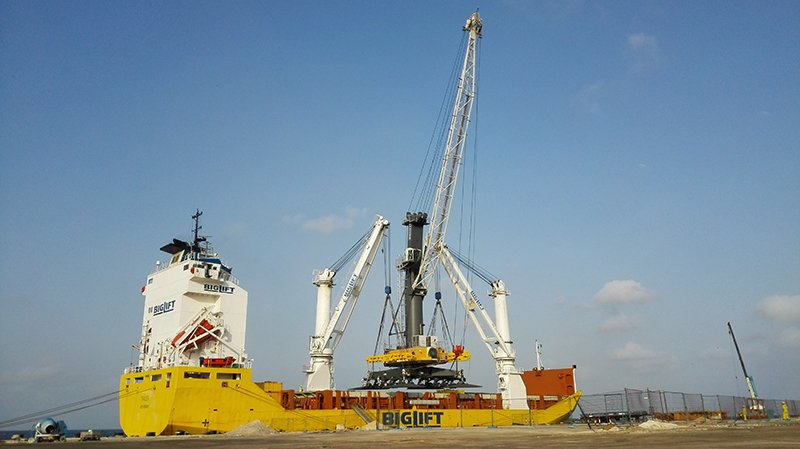 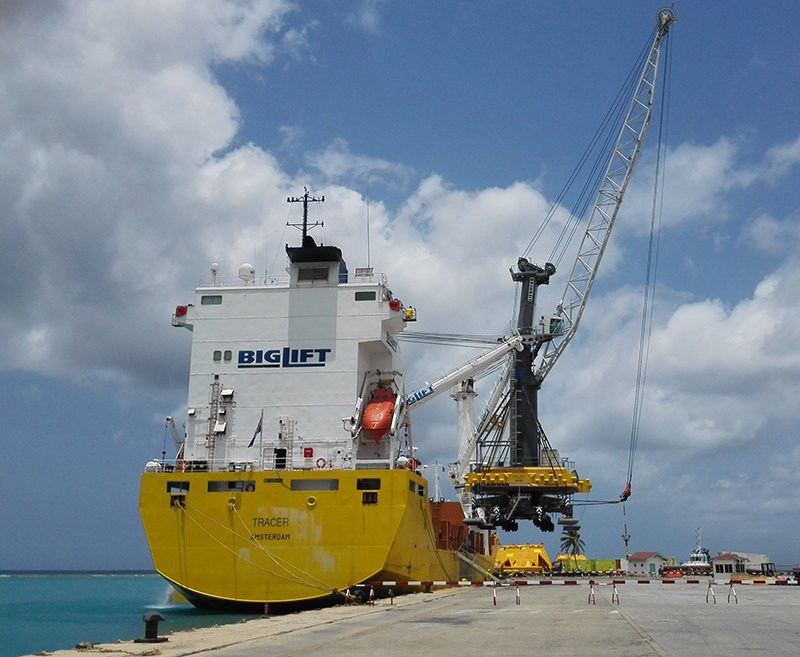