On December 10, 2014 the last item of the Volgograd Deep Conversion Complex project was delivered by ALTIUS to the site at Lukoil Refinery in Volgograd (Russia).

This unit represented the last of twelve project cargo shipments from Korea.

All these pieces were transported on river barges to Volgograd from Novorossiysk, where they had been previously unloaded from a heavy-lift vessel. 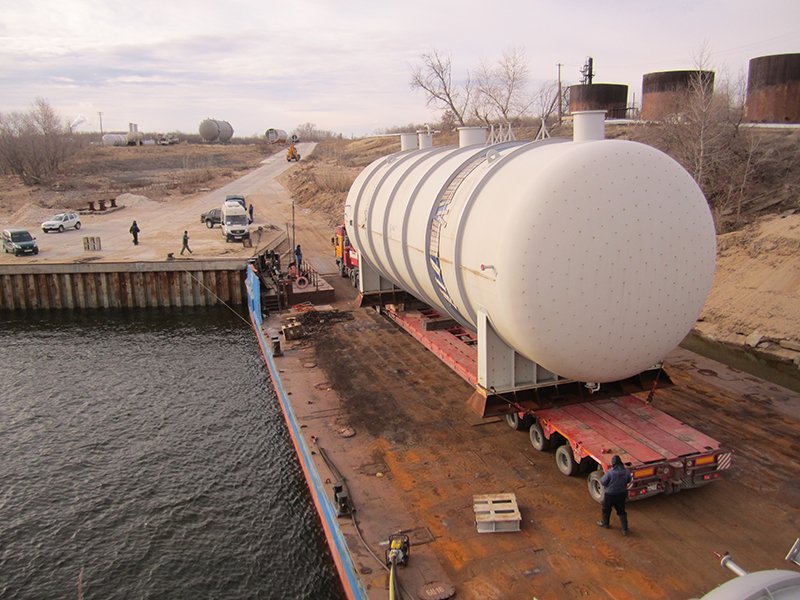 Discharging operations from the barge were performed on a RO-RO basis, using conventional trailers, and also on a LO-LO basis with the assistance of a mobile crane operating from shore.

The barge’s river voyage along the Volga-Donn Channel was completed just two days prior to the closing of this channel due to the winter season, when the river traffic is stopped from December to March.

Some difficulties arose during the last land transportation of these pieces to the refinery mainly due to frozen roads, snow and extreme temperatures of up to -20º C. 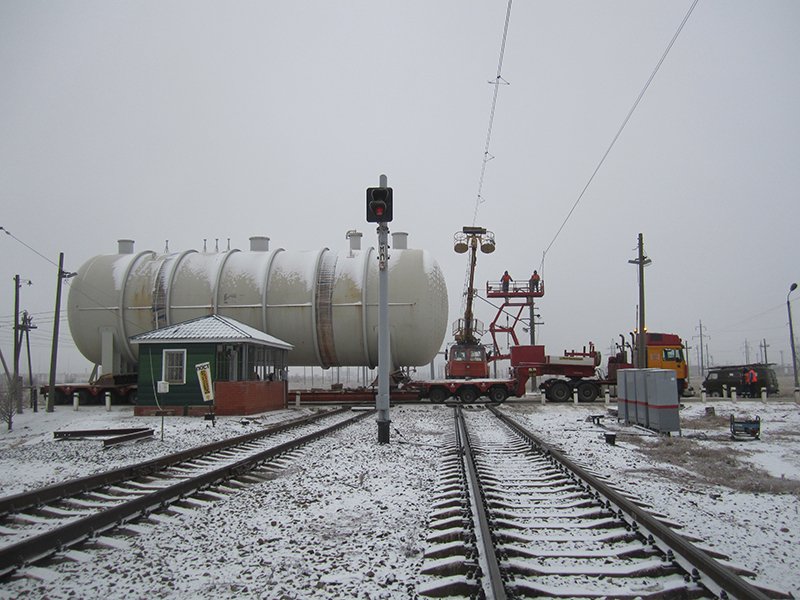 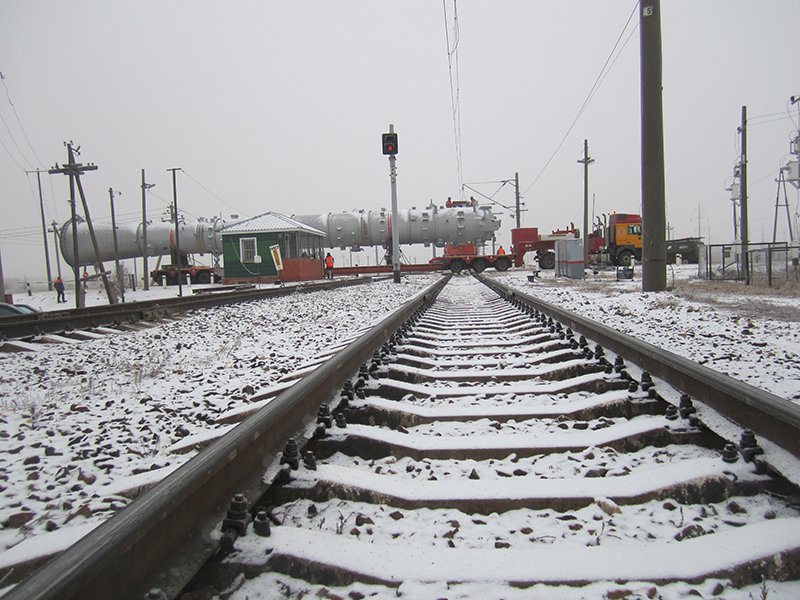 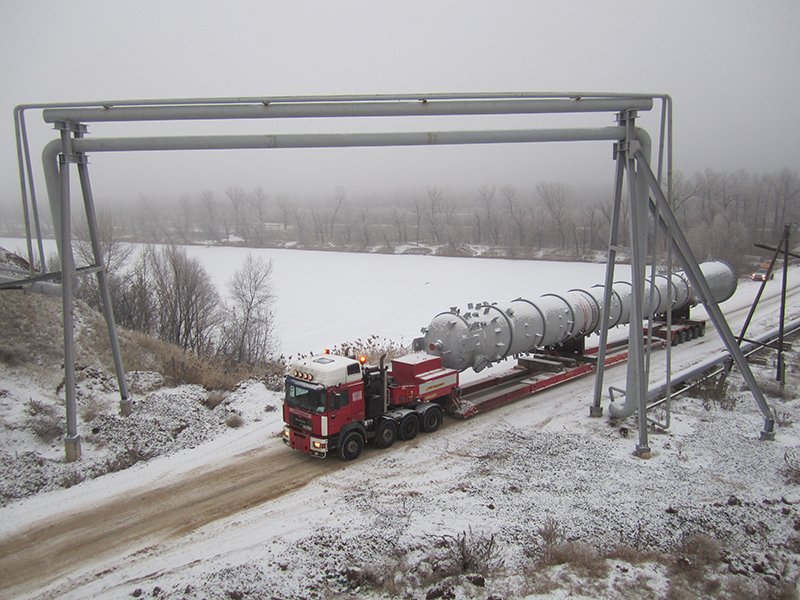 The end result of this effort was the successful completion of all shipments in this project on time, with no damages or incidents and to the full satisfaction of both Lukoil and Tecnicas Reunidas-Initec.

Possibly the most important aspect of this project was the level of cooperation, patience and teamwork achieved to execute the job.

With this last delivery, ALTIUS completes the transportation of all the oversized and heavy-lift equipment necessary for the upgrade of Lukoil Refinery in Volgograd, which were shipped from several origins such as Korea, India, Spain, Italy, Turkey and UAE.

We may request cookies to be set on your device. We use cookies to let us know when you visit our websites, how you interact with us, to enrich your user experience, and to customize your relationship with our website.

Click on the different category headings to find out more. You can also change some of your preferences. Note that blocking some types of cookies may impact your experience on our websites and the services we are able to offer.

These cookies are strictly necessary to provide you with services available through our website and to use some of its features.

Because these cookies are strictly necessary to deliver the website, refusing them will have impact how our site functions. You always can block or delete cookies by changing your browser settings and force blocking all cookies on this website. But this will always prompt you to accept/refuse cookies when revisiting our site.

We fully respect if you want to refuse cookies but to avoid asking you again and again kindly allow us to store a cookie for that. You are free to opt out any time or opt in for other cookies to get a better experience. If you refuse cookies we will remove all set cookies in our domain.

We provide you with a list of stored cookies on your computer in our domain so you can check what we stored. Due to security reasons we are not able to show or modify cookies from other domains. You can check these in your browser security settings.

We also use different external services like Google Webfonts, Google Maps, and external Video providers. Since these providers may collect personal data like your IP address we allow you to block them here. Please be aware that this might heavily reduce the functionality and appearance of our site. Changes will take effect once you reload the page.